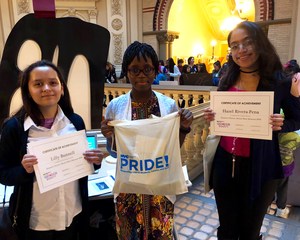 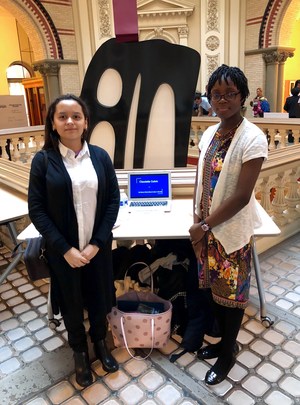 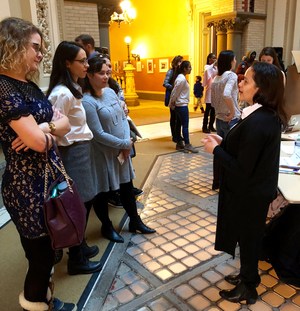 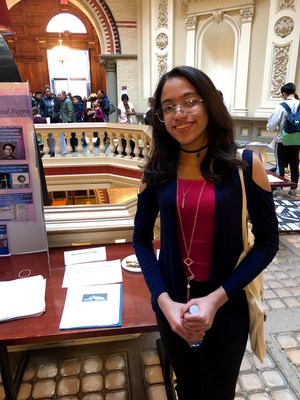 Three young women from M.S.80 had the honor and privilege of sharing their work at the NYCDOE Women's History Month Mini Museum.

On March 22, 2018, three 7th grade students had the privilege and honor to participate in the NYC DOE’s Women's History Mini Museum at Tweed Hall in Manhattan. Students Lilly Bunnell and Dewou Minza teamed up and created a fantastic multimedia presentation on Claudette Colvin, who was one of the first individuals to refuse to give up her seat on a Montgomery bus. In fact, she did this before the famous Rosa Parks. Student Hazel Rivera-Peña wrote a beautiful essay on Margaret Fuller. Margaret Fuller who was a famous feminist is the 19th century, wrote a book titled “Women in the 19th Century” which argued for emotional and intellectual fulfillment in women. The students were able to present their projects to educators, students, and families who attended the Mini Museum.

While at the Mini Museum the students were able to walk around and learn from other students in the DOE, about other underrated women in our history. Student Dewou Minza says, “I really liked being able to walk around and hear students who are my age teach me about other strong women in history.” Once the walk-through of the Mini Museum was finished, there were two opportunities for students to hear keynote speakers who are influential in the feminist movement.

By the end of their experience, the girls began to see themselves as part of a much larger picture that now had a new meaning for them. The opportunity to be part of this moment was an invaluable motivation and encouragement for three Hawks from the Bronx.